A first attempt at mezzotint…

A brand new blog and a brand new process all at once! So, I have my website (http://www.nancyfarmer.net) for the finished stuff, and Facebook for flippant one-liners, but where to put something more substantial? Ah ha, a blog, I thought… Well, I shall give it a try, we will see if it lasts.

Coincidentally, the picture above is a brand new technique for me. I have been making etching prints for some time (http://www.nancyfarmer.net/gal_etchings.html), and have begun to borrow techniques from mezzotint, so I thought I’d try it properly.

So, what is a Mezzotint? It’s a form of engraving where the image is built up on a metal plate, which is then inked, and used to make hand-made prints. The plate here is made of copper. In this process in particular the whole plate is first roughened by working over it with a ‘mezzotint rocker’ – a toothed tool that is rocked over the whole surface of the metal in several passes in different directions untill the entire surface is roughened with little burrs. I must admit, I didn’t do that bit – I am waiting to see if the process works for me before I think about investing in a specialized and costly tool for the job. So the pre-roughened plate came to me in that state, and I have put the image in by burnishing – smoothing down the surface of the plate with steel burnishers, like these ones here: 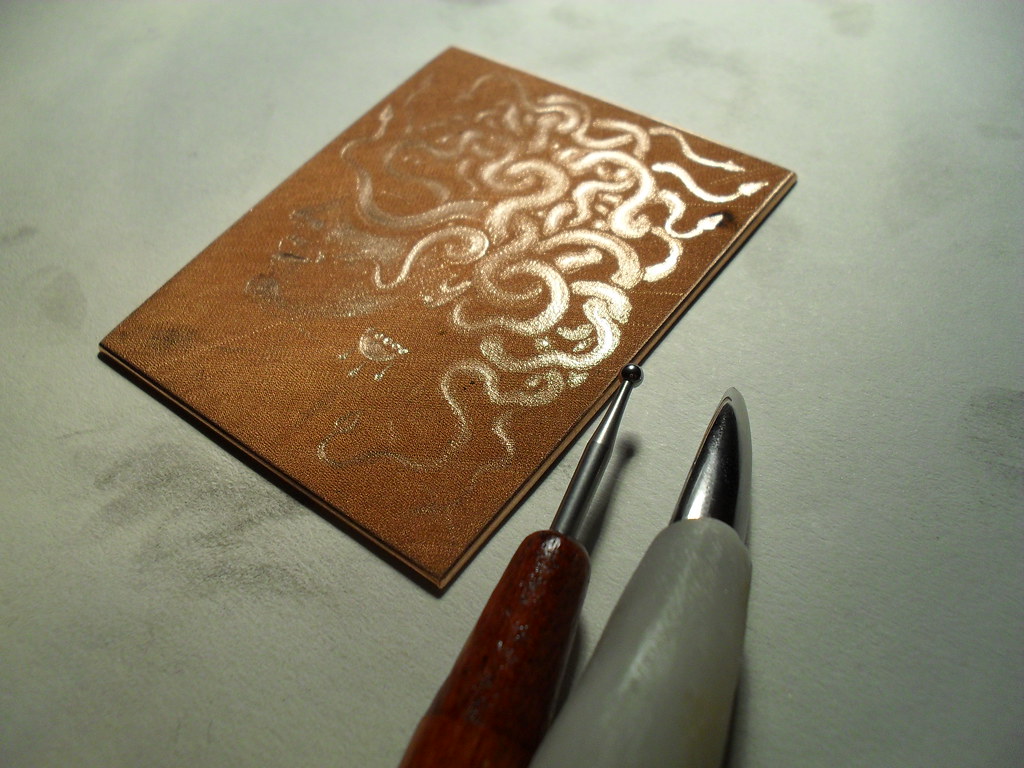 …and occasionally scraping the surface of the plate as well, to remove the roughened burrs, though frankly I’m not very good at using the scraper….

The inked-up plate is then used to create a print with the use of a press: the plate is laid face-up on the press, and on top of it goes a sheet of paper, soaked in water and surface-dried so that it is pliable. On top of that go three very expensive and special blankets, and then the whole lot goes under the steel roller of the press, squashing the paper into the depressions and ink-filled pits in the surface of the plate, transferring the ink onto the paper and, one hopes, making a lovely image in the process. In theory. Like I say, I’ve never used the mezzotint process before, so I have no idea if what I end up with is going to be any good, but the inking and printing part is the same as printing from an etching plate, so that part of the process at least I am familiar with.

And that’s the thing about making hand-made prints in general – no matter how lovely the plate looks you never actually know if you’ve succeeded untill you print from it. We shall see next week, then….

The image, by the way, is from one of my paintings, ‘Medusa’s Gimps’ and you can see the whole thing on my website: http://www.nancyfarmer.net/im_medusas-gimps.html